it sure would be a shame if one more person followed my art blog so i reached a milestone because then i would have nooo choice but to do an awesome giveaway... 🤔

how unfortunate would that be? but rest easy, it could never happen. never... 🛀 /s

naiad commented on this post:
I drew some little fruits in my sketchbook because of you :)

really?? 😁 wowie i would love to see that. tutti frutti world...

couple days ago i downloaded sony vegas 11 and ive been editing a 4 minute long transformers amv. im now at the stage where i just want to get it over with but ill keep pushing bc its amazing


@UnidentifiedBlog i got a crack + keygen from this page, here the ISPs dont detect piracy or anything but i know thats different in other countries!!

OH THANK GOD i thougt the file was corrupted bc windows media player cant play it but vlc came to my rescue and here it is.... animes. in beautiful standard resolution.... in unsubtitled japanese. but i dont even care


@UnidentifiedBlog commented: high five? something similar happened to me when I started watching mushishi. in my case, windows media player played only the audio track, but vlc saved me.

vlc is the best player hands down. behind that ugly interface that always used to put me off lies a fountain of goodness and customization options

I know the pasta shapes don't matter in terms of flavor, but I know for a fact that Bow ties are better than rigatoni and you can't change my mind


@whoever tried to anonymously come in my dms and argue that WAGON WHEELS are the superior pasta shape:


But... Isn't ravioli the superior pasta?

Or does it not count because it has a filling?

YOU GOT ME HUFIORHGDR WASTIN MY TIME

DONT BRING ME DOWN... 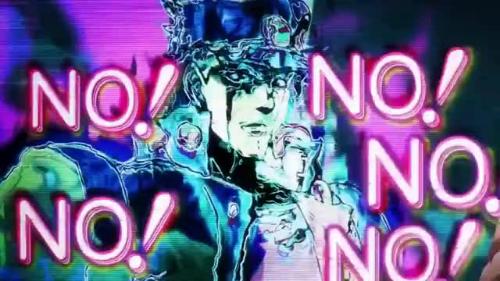 #YEAHHH YOU GET IT #thread #all caps tw #jjba #pic

oh shit!!! forgot that tomorrow is my birthday!!! what do i even do...


@UnidentifiedBlog commented: wait do we have the same birthday?? march 28??? twinsies???

WHAT. OH MY GOD YEAH. march 28... i thought yours was like a few days later. was keeping my eyes peeled for when you dropped a date. oh my god thats so cooool... aries respresent!! let 👏 me 👏 draw 👏 you 👏 something 👏 cuz youre so nice and funny and ive wanted to do it for a while anyway. whaddya say?


@tiddywife commented: oooo sjsbsjs that would be so cool!! :0c maybe i can try to draw something for u too :0c

sure!! if you rlly want to. i already have an idea for yours but tell me if youd like something specific and ill do that. okay?

oh shit!!! forgot that tomorrow is my birthday!!! what do i even do...


@UnidentifiedBlog commented: wait do we have the same birthday?? march 28??? twinsies???

WHAT. OH MY GOD YEAH. march 28... i thought yours was like a few days later. was keeping my eyes peeled for when you dropped a date. oh my god thats so cooool... aries respresent!! let 👏 me 👏 draw 👏 you 👏 something 👏 cuz youre so nice and funny and ive wanted to do it for a while anyway. whaddya say?

#its an offer you cant refuse #thread #birthday plans

right. researching what herbs and spices i can dump on rice to make it actually taste good and not like little cardboard pellets

oh believe me if i had hot sauce it wouldnt even be a question. hot sauce makes everything better. this is me tryin to make rice meat n veggie combos and actually eat all 3 components in it

ill never get tired of looking at draft horses. god theyre fuckin huge. what if megafauna but real

They are generally the dopiest, friendliest big lugs and it’s freaking amazing to hug their giant chests because unlike a regular horse you can fully stand under their heads

#FOUND IT #the most blessed additions... thank u #draft horses....AAAAAAAA #thread #horse

russian nicknames are on a whole nother level


what the fuck is Коташа and Ишута. Who on earth could call Ilya Lucia that's two damn different names. Whats going on??? Can i have a site link???


here you go... leave it up to the expert

#have i been bamboozled #thread

i got really frustrated earlier bc for the love of all that is holy i cannot find the pose i was trying to draw, which is knocked back to the ground with an arm raised for shielding or to appease the attacker


Idk if these help (slight nudity warning? They in underwear) or if you can combine them to get the pose your looking for, but hopefully they do!

we needed this rain :)

i dont really get the order of xlx acronyms. like ill see "nblm" and the person is nb. but like. if the full form is "x-loving x" then nblm means "nonbinary-loving man", meaning youre the "man" and you love... nonbinary ppl? thats not what means, right? shouldnt it be the other way around? (mlnb)

cracks the can of worms open

just gonna say it, tumblr has this weird habit of praising something and then later hating it for a completely unrelated reason

like frozen was praised for "portraying a metaphor for mental illness" and now is hated for "lazy character design" those don't... cancel each other out?? i haven't seen frozen

hamilton was all about "giving oppotunities to people of color in theater and history, talking about how america was founded by immigrants" and then it's hated because it "romanticises founding fathers" like idk it seems like the entire america problem and again, not really the opposite of what it was praised for

so im really lost here but open for different opinions


well youve got that right, praise doesnt cancel out criticism and theres no such thing as unproblematic anything

it might seem like theres some kinda monolithic opinion about a product but its never that simple. ppl just... love their opinions. some ppl praise or criticize media for reasons that may me more or less valid, well-founded or unfounded. others like or dont like things uncritically, for whatever personal reason or based on someone else's opinion or bc they feel like jumping on a popular bandwagon.

Please reply to this post with a positive word of encouragement for those who might need it today.

I'll start: you've got this!


All that's wrong will pass, even if it takes a while


You're not alone. I promise.


no hardship lasts forever / you will outlast this, sanity intact ([x](https://www.redbubble.com/people/thelatestkate/works/36668482-no-hardship-lasts-forever-unicorn "The Latest Kate on Redbubble - ))

#its my favorite quote and always makes me think of the beautiful pink unicorn!!!!!!! #thread #positivity


@thoughts wait, you mean the surface pen sucking ass is a known issue??? I thought i was just Doing It Wrong


i couldnt tell you bc my tablet was so shitty it couldve been that, i think op @x3 has more authority on the matter

mens deodorant names are so delightfully vague. today i had a choice between NATURE and SPORT


and now its receding?

you kno what time it is. rearranging the fridge time


i ended up doing a full kitchen makeover again. because i cant stop myself. probably why im kinda stiff today

Quick question for you all - I mentioned we're going to start doing monthly updates to keep you all in the loop. How like.... in-depth do you want them to be? I took a look at Pillowfort's to see what they do for them and they tell you basically nothing. Do you want just brief stuff, or more in depth?


hmm what you could do is provide a summary and then go in-depth under a readmore? that way if people do want to read the in-depth stuff they have the option to, and the same goes for folks who'd rather just see a brief summary


I second this. Like, a brief summary of features that will be implemented/changed and then maybe a more in-depth telling of what will be done to them.


Yes!! I'm a big fan of all the little details. It's transparent and reassuring.

tv lied to you!! lulls in conversation dont mean that they hate you and want you to go away!!! basking in each others presence is Friendly As Heck


and sharing something that pops into your head isnt awkward or weird! its natural and engaging!

tell someone about your day or how cool catterpillars are!

too many lemons in the house


so uh... youre supposed to dilute them. a lot. for the flavor to be any subtler than a citrus knuckle sandwich

thoughts(he/they)
posted this
Time ago

SUCK IT MS PEÑA I KNO WHAT IM TALKIN ABOUT